The Helsinki resident Carl Edvard Lindgren founds the company C. E. Lindgren, and begins the manufacturing and selling of brushes and painting tools. In the beginning Carl Edvard gets by with the help of an assistant in a small rented office in Helsinki. C. E. Lindgren grows fast however, and within a few years the company has more than 20 employees, and a new factory on Punavuorenkatu in Helsinki. Carl Edvard Lindgren is the first manufacturer of industrial brushes and painting tools in Finland. 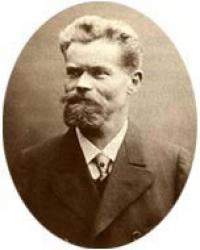 Carl Edvard Lindgren acts as a strong leader in the company right until is death in 1928. Within the company he is know for being very responsible, purposeful and energetic. After Carl Edvard’s death, C.E. Lindgren becomes a joint-stock company, where all of the founder’s descendants are stock owners. Carl Edvard’s son-in-law, Gösta Rosenberg, leads the company for the following 18 years, and under his lead the company continues to grow and develop.

The stock company C.E. Lindgren Ab is founded, and its shares are divided between the four owner families. In 1959 the factory is moved to Jokikatu in Porvoo, as the factory on Punavuorenkatu has gotten too cramped.

in 1960 C.E. Lindgren hires a company director from outside of the family, Axel Bergström. He is successful in modernizing C.E. Lindgren, and intensifying all the company’s activities.

C.E. Lindgren acquire Sivellinteollisuus Oy, and this focuses the production even more on delivering high quality brushes. The production is also automated and mechanized according to industry trends. In 1976 the factory moves yet again, this time to the industrial area in Tarmola in Porvoo.

At the beginning of the decade the owners’ want to sell their shares in the company, and the chairman of the board at the time, Stig Brunow, therefor acquires the shares for sale.

At the end of the 1980s C.E. Lindgren ends their production of household brushes, and focuses all production on painting tools and industrial brushes.

At the end of the 1990s C.E. Lindgren also enter into a subcontracting agreement of the production of painting brushes with the Swedish company Anza.

In 2007 C.E. Lindgren closes Kirkkala Oy:s factory in Längelmäki, and moves all production to Porvoo.

The CEO of C.E. Lindgren is Alexander Brunow, and the company continues to operate as a family-owned business, with the Brunow family’s third generation as active owners.

We use cookies on our website to improve and optimize your user experience. By clicking "Accept All", you agree to the use of all cookies on our website. Selecting “Reject” allows the site to use necessary cookies only, which will prevent certain site functionalities from being performed. To disable some cookies, visit the cookie settings.
ACCEPT ALLREJECTCOOKIE SETTINGS
Manage consent

The cookies that are categorized as necessary are stored on your browser as they are essential for the working of the basic functionalities of the website.

We also use other types of cookies that e.g. help us analyze and understand how you use this website, and to offer certain functionalies and services. These cookies will be stored in your browser with your consent, which means that you have the option to opt-out of these cookies. Please note, however, that opting out of some of these cookies may have an effect on your browsing experience.

The cookies are stored between one minute and several years, depending on the cookie.
Necessary Always Enabled
Necessary cookies are absolutely essential for the website to function properly. These cookies ensure basic functionalities and security features of the website, anonymously.
Functional
Functional cookies help to perform certain functionalities like sharing the content of the website on social media platforms, collecting feedbacks, and other third-party features.
Performance
Performance cookies are used to understand and analyze the key performance indexes of the website which helps in delivering a better user experience for the visitors.
Analytics
Analytical cookies are used to understand how visitors interact with the website. These cookies help provide information on metrics the number of visitors, bounce rate, traffic source, etc.
Advertisement
Advertisement cookies are used to provide visitors with relevant ads and marketing campaigns. These cookies track visitors across websites and collect information to provide customized ads.
Others
Other uncategorized cookies are those that are being analyzed and have not been classified into a category as yet.
Save & Accept
Powered by